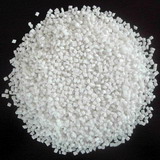 In 2012, the global annual production capacity of polyethylene terephthalate (PET) stood at over 28 million tonnes. Asia-Pacific held about half of the overall capacity, with China ranking first both in the region and throughout the globe. Europe and North America followed after, each accounting for around 14% of the installed capacity of PET production worldwide.

PET capacity broken down by region, 2012 The world PET consumption was on an upward trend during 2004-2012. In 2012, it stood at over 19.8 million tonnes. Asia was the leading PET consumer in the world, folowed by Europe and North America. The polyester fiber industry is the major end-user sector for PET – over 60% of the annual supply volume was used in this application in 2012.  In the same year, Asia-Pacific was the dominant PET exporter in the world, whilst Europe imported the largest volume of PET.

The PET market is poised to experience positive growth in the upcoming years, driven by a combination of factors such as rapidly increasing global population, improving life standards worldwide, the rising demand from end users, and the upcoming launches of a variety of PET projects. In 2015, the global PET production is likely to exceed 24.39 million tonnes.

More information on the PET market can be found in the study “Polyethylene Terephthalate (PET) 2013 World Market Outlook and Forecast up to 2017”.