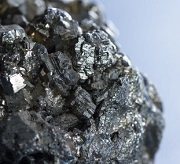 The graphite-related industry is considered a field of continuous and prospective innovation. Of course, any new innovative sector is often confronted by multiple challenges and ungrounded expectations. Pioneers, innovators, and early adopters are commonly optimistic at the initial stages of the innovation development but are later disillusioned when are faced with uncertainty, lack of investment and/or harsh realities of marketing practices, manufacturing process or research endeavours.

For instance, a market for graphene and its products, which rests on graphite ore supply, is a vivid illustration of this maxim. It goes without saying that the boost to this highly innovative market was given by the 2010 Nobel Prize in Physics, awarded to a group of researchers headed by Andrei Geim and Konstantin Novoselov, who explored the graphene properties. Their pioneering research, coupled with graphene unique properties in the field of lightweight and extra strong materials, opened up possibilities for graphene application in multiple areas, including electronics, coatings industry, medicine, to name only a few. The scientific research began with a new force, followed by multiple patents and the origination of commercial enterprises in this field. Then, in accordance with a classical model of a marketing system development, the challenges and problems started, especially in the area of graphite mining, large-scale graphene manufacturing, and research commercialization. Gradually, market leaders started to emerge. For instance, founded in 2011, Grafoid Inc. is a company of this kind. It is engaged in graphene research, development and investment. In February 2019, Grafoid announced about the worldwide launch of an innovative product line of oxidized graphene products – GNOX products, which demonstrate a superior level of purity and consistency for customers. Product purity concerns have blemished the development of the graphene industry for years. As such, Grafoid’s manufacturing facility equipped with a viable technology can be a real game changer. Other interesting areas of graphite-related innovation include: technologies related to the graphite use in batteries; increase in the level of graphite extraction, recycling and re-use from final products; development of synthetic and natural graphitic powders and graphite-containing plastics.

In general, the development of graphite-consuming sectors (e.g. refractories industry, battery technologies, etc.) is likely to boost the demand for graphite, as well as the increase in graphite mining and production. Presently, the bulk of graphite production is concentrated in the following three countries: China, India, and Brazil.

Such concentration may pose an issue. It is known that China has been currently reducing the exports of various strategic mineral resources and restructuring its graphite industry in an effort to diminish pollution.

More information on the global graphite market can be found in the in-demand research report “Graphite: 2019 World Market Review and Forecast to 2028”.