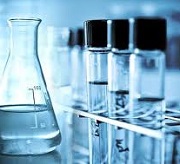 Currently, the regional butanediol (BDO) markets demonstrate almost identical dynamics, though the expectations of their future behaviours might be different.

The global BDO market is dominated by the Asia-Pacific region, the situation on which can provide a significant impact on other regional markets. Leading producers in Asia-Pacific include the following local and international companies: Dairen Chemical Corp., BASF AG, Sinopec Group, Xinjiang Tianye (Group) Co., Ltd., Xinjiang Markor Chemical and others, with a total BDO production capacity of around 2.8 mln tonnes per year. Regularly impacted by the instability of the markets for oil-based chemical precursors (e.g., butane-derived maleic anhydride), main regional BDO markets often show poor margins, reduced earnings and increased volatility.

Butanediol (BDO): structure of the global production capacity broken down by region

In the second quarter of 2019, the Chinese BDO market is characterized by the excessive supply and diminished demand for BDO and its derivatives, which is driven by the general slowdown of the Chinese economy and its multiple serious financial, economic, structural and other challenges. These exert a downward pressure on the prices for BDO exported from China, which significantly affects BDO prices on other regional markets.

The North American BDO market in early Q2 2019 behaves similarly, with ample and steady supply and rather flat demand, though the sentiments remain quite postitive. Ashland, which is a major US BDO producer with a 65k mty BDO plant in Lima, Ohio, plans to sell its 100k mty BDO facility in Marl, Germany, to INEOS Enterprises, with a view to restructure its business and improve margins. The deal has still to be approved by regulatory authorities and endorsed after further consultations, and if they are successful, the purchase will be finalized in June 2019.

More information on the global butanediol (BDO) market can be found in the comprehensive research study “Butanediol (BDO): 2019 World Market Outlook and Forecast up to 2028”.