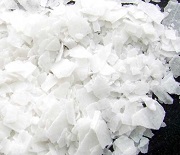 The current behaviour of the caustic soda market confirms its traditional volatility and proneness to quick fluctuations. Abrupt changes at the caustic soda market are a function of the dynamic complexity of the whole chlor-alkali chemical sector, where multiple factors operate within a network of intricate feedback loop interactions.

For instance, Braskem caustic soda production has been recently impacted by a report issued by Brazil’s Geological Survey (the country’s geological service entity). This report blamed Braskem for severe damage done to the surrounding geological system by its salt mining operations. The damage was so serious that nearby communities were adversely affected. These mining operations, which provide feedstock for Braskem 539K mt/y caustic soda production capacity in Brazil, were responsible for creating multiple salt extraction cavities and fissures. It is not an exaggeration to say that unplanned outages, shutdowns, operating problems, power cuts, and other issues have been characteristic of the company’s functioning for years. Braskem’s issues provided an immediate influence on caustic soda prices on the local market, tightening the supply and raising uncertainty. This occurred despite a previous trend, which drove caustic soda prices in the opposite direction, when Alunorte, Brazil’s major alumina refinery, dropped its production, thus curtailing caustic soda consumption.

Of course, Brazil could not render a significant impact on the global caustic soda market. The country accounts for about 1.75% of the world’s caustic soda capacity. This market is dominated by China, the USA, Germany, Japan, and India.

Caustic soda: structure of the global production capacity by country

However, the global caustic soda market is tightly coupled and issues in one of its segments, no matter how small it is, can send ripple effects around the whole market. For instance, above-mentioned Alunorte’s issues at its alumina refinery negatively influenced the caustic soda imports from the US to Brazil.

More information on the global caustic soda market can be found in the in-demand research report “Caustic Soda: 2019 World Market Outlook and Forecast up to 2028”.