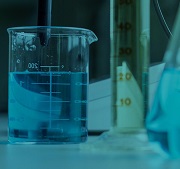 The global acetic acid market behaviour is determined by complex dynamics of multiple factors, both endogenous and exogenous to this market. These factors primarily operate within extended commodity chains, which form an intricate network of acetic acid feedstocks, intermediates, and end-products. The change in one sector of this network may reverberate along with the whole network, though the overall system dynamics may cancel this change with time or turn it in the opposite direction.

Acetic acid: structure of the global production capacity by country

However, the overall effect of this conflict on the Chinese economy and its commodity markets may be quite tangible, thus indirectly affecting the Chinese acetic industry via feedback relations. Thus, the total picture of the Chinese acetic acid market behaviour is mixed as longer and more powerful market movements may cancel its short-term trends.

More information on the global acetic acid market can be found in the insightful research report “Acetic Acid (AcOH): 2019 World Market Outlook and Forecast up to 2028”.