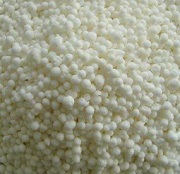 The global ammonium nitrate market is currently performing well despite the serious economic crisis caused by the ongoing Covid-19 pandemic. The wet winter season in Europe and North America means the necessity to maintain sufficient levels of nitrogen in soils, especially for such nitrogen-hungry crops as maize. With respect to nitrogen consumption, maize is known to dominate in the USA, while in the EU and FSU countries the major nitrogen-consuming crop is wheat. Of course, the current solid performance of the ammonium nitrate market is safeguarded not only by seasonal factors but also by the sheer indispensability of nitrogen fertilizers for global food systems, which guarantees strong fundamentals of the ammonium nitrate market. The growth rate of the world demand for nitrogen is not particularly high but it is steady. This nitrogen demand in fertilizer use is expected to rise from the current value of about 108 mln tonnes to 111 mln tonnes in 2022. In non-fertilizer use, the growth will be slower, and the demand for nitrogen in this sector will stay at around 40 mln tonnes in the nearest future. The potential world supply/demand balance of nitrogen (in fertilizer and non-fertilizer uses) will diminish from the current 13 mln tonnes to 11 mln tonnes. This promises a better state for the ammonium nitrate market, which suffers from production overcapacity.

In the present turbulent business environment impacted by Covid-19, ammonium nitrate manufacturers managed to obtain the Critical Business Status, which helped them to mitigate the consequences of the lockdown. For example, CF Industries Holdings, Inc., a major ammonium nitrate producer, whose operations were considered as part of the “critical infrastructure” in each country it operates, performed exceptionally well in Q1 2020. Gross ammonia production by CF Industries in Q1 2020 was 2.7 mln tonnes, which is the second-highest quarterly volume in the company history. It is clear that CF Industries operations are underpinned by strong fundamentals, including the availability of low-cost North American natural gas and strong maize season (the company anticipates that 92-94 mln acres of maize will be planted in the USA in 2020).

In H1 2020, EuroChem Group sold 9.2 mln tonnes of fertilizes (up 19% on the same period a year earlier), including 4.883 mln tonnes of nitrogen fertilizers, though the sales of urea ammonium nitrate insignificantly dropped by 2%.

UralChem also showed good results in 2019 and H1 2020. In 2019, domestic ammonium nitrate sales by UralChem hit 900 thous. tonnes for the fertilizer sector (+26% y-o-y) and 600 thous. tonnes for industrial uses (+27% y-o-y). In 2019, UralChem remained the largest supplier of ammonium nitrate to the domestic market in fertilizer and non-fertiliser uses, and the company is likely to retain this position in 2020.

These figures demonstrate steady and robust development of the ammonium nitrate market in various regions. This development is guaranteed by the high demand for nitrogen fertilizers despite the growing issue related to excess reactive nitrogen pollution and man-caused alteration of the nitrogen cycle. Careful consideration of sustainable fertilizer introduction practices is required to combat these issues. Another serious issue that can affect the market is related to the maintenance of the safety of ammonium nitrate storage as large stockpiles of the material can pose a risk of detonation. Such disasters as those in the Texas City in 1947 or the most recent in Beirut, Lebanon, require major changes in the regulations for storage and handling of ammonium nitrate.

More information on the global ammonium nitrate market can be found in the in-demand research report “Ammonium Nitrate (AN): 2020 World Market Outlook and Forecast up to 2029”.