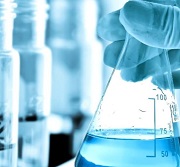 Ethylene dichloride (EDC), also known as 1,2-dichloroethane, is inextricably embedded into the complex chlor-vinyls production networks, featuring a range of feedstock chemicals, intermediates, and end-use products. A key chain in these networks includes ethylene, chlorine, caustic soda, EDC, vinyl chloride monomer (VCM), polyvinyl chloride (PVC), and a wide assortment of downward commodities. All these interact in a continuous feedback manner within and between complex dynamic marketing/provisioning systems and the current Covid-19-induced environment, involving numerous stakeholders with multiple individual and collective decisions. It is pertinent to mention here that the production of PVC products is the main outlet for EDC, while the PVC sector itself is governed mostly by the construction industry, which is now heavily impacted by the Covid-19 pandemic. This exerts a negative effect on current EDC consumption.

North America remains a central market driving the demand for EDC. Among many US chlor-vinyls manufacturers, chlorine/caustic soda production, (the output of both products act in unison), is coupled with EDC/VCM/PVC production. To this extent, excess chlorine is usually consumed in the form of EDC. When the demand for caustic soda and chlorine rises, their production increases, thus often leading to excessive EDC production from chlorine. In the absence of tangible EDC demand rise, excessive EDC production may exert downward pressure on EDC prices. The reverse situation is highly possible when chlorine shortage causes US producers to reduce EDC output, thus firming the EDC market in the US. This is what occurred in the American EDC market in late Q3 and early Q4 2020, and this trend is likely to prevail until the end of this year.

Structure of the global demand for ethylene dichloride by region

Other factors are also instrumental in affecting the EDC market. For instance, Brazilian petrochemical producer Braskem had to shut down its EDC-manufacturing chlor-alkali plant in Brazil for environmental reasons. This created a shortage of chlorine and EDC on the regional market. Chlorine production in Brazil in Q1-Q3 2020 dropped by over 17% as compared to the same period a year earlier. Therefore, EDC exports from the US to Brazil is on the rise, augmenting US-manufactured EDC price in September-October 2020. EDC supplies to the US market also tightened due to hurricanes, which impacted the work of multiple Mexican Gulf petrochemical complexes, including the chlor-vinyls plant operated by Westlake Chemical in Lake Charles, Louisiana. Of course, Westlake’s supplies to the local market could not be particularly large as the company uses nearly all of the produced EDC in its own PVC production.

More information on the global ethylene dichloride (EDC) market can be found in the in-demand research study “Ethylene Dichloride (EDC): 2020 World Market Outlook and Forecast up to 2029”.