COVID-19 Impact on US Perchloroethylene Market 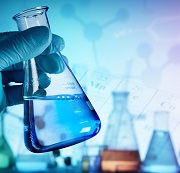 Perchloroethylene (PERC), also known as tetrachloroethylene or tetrachloroethene, is a versatile chlorinated hydrocarbon solvent. It is used for dry cleaning, metal degreasing, paint stripping, adhesive thinning, insulating and cooling (in electrical transformers), paper coating, leather/textile treatment, and other applications. It is widely used as a chemical intermediate in the production of chlorinated compounds like fluorocarbons, which are further employed as refrigerants. Perchloroethylene possesses multiple useful properties, including excellent solvency, non-flammability, non-combustibility, and ease of recycling. However, it is a proven contaminant that can pose serious risks and exhibit toxicity in relation to human health and the environment, especially in cases of occupational exposure to perchloroethylene (e.g., among dry-cleaning workers) and in oil hydrocarbon-contaminated soils. This puts limitations on perchloroethylene use as the market is currently able to offer some alternatives despite the popularity of perchloroethylene as a dry cleaning solvent.

Notwithstanding such limitations, the market base for perchloroethylene usage in dry cleaning applications remains solid. For instance, in the US alone (North America is the second-largest perchloroethylene market in the world), there are over 30 thousand dry cleaning businesses while the whole dry-cleaning industry generated USD 9.2 billion in revenues in 2019.

Structure of the global perchloroethylene market by region

Nevertheless, in spite of these strong fundamentals, the current COVID-19 pandemic had a disastrous effect on the US dry-cleaning sector, impacted by multiple event cancellations in different segments like athletic tournaments, entertainment, hospitality, tourism, religious ceremonies, graduations, to name only a few, thus reducing the demand for perchloroethylene in this sector. In general, the demand diminished in various chemical sectors in the USA. It also should be borne in mind, that large US perchloroethylene manufacturers (e.g. OxyChem) may not sell perchloroethylene to household consumers or to dry cleaners at all since their perchloroethylene is used primarily as an intermediate in the production of fluorinated compounds.

As alluded to before, the decline was happening in nearly all perchloroethylene end-use sectors, especially in H1 2020. For instance, Olin, the world’s largest perchloroethylene producer (after it purchased Global Chlorinated Organics business from Dow Chemical in 2015), demonstrated a 27% decline in the sales of chlor-alkali, vinyl, and epoxy products in Q2 2020.

OxyChem, the chemical segment of Occidental Petroleum, showed similar results for Q2 2020; its pre-tax income came down by 48% y-o-y. OxyChem manufactures perchloroethylene at its manufacturing facility in Geismar, Louisiana. This facility is geographically well coupled with refrigerant production by such companies as Chemours and Honeywell. Honeywell started operations at its new refrigerant-manufacturing plant in Geismar, Louisiana, in 2017.

Westlake Chemical Corporation, another major perchloroethylene manufacturer, followed the suit of performing poorly in Q2 2020. Westlake Chemical recorded substantial decreases in net and operating incomes, as well as drops in the sales of all key products. In 2016, Westlake Chemical purchased Axiall Corporation with its 90k mty perchloroethylene-manufacturing facility in Lake Charles (Louisiana) after Axiall Corp. acquired a chlor-alkali and derivatives business from PPG Industries in 2013. Apart from COVID-19 influence, Westlake Chemical’s facility in Lake Charles was recently severely impacted by Hurricane Laura. Westlake Chemical attributed the income decrease to the impact of the pandemic, which significantly reduced the overall demand for various products, including perchloroethylene, and the ensuing drop in oil prices, which diminished the competitive capacity of the US ethylene-based feedstock. In Q3 2020, gradual recuperation of the chlor-alkali market began.