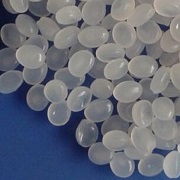 Polyethylene (PE) comprises a vast and significantly important group of ethylene homopolymers, as well as ethylene copolymers with some olefins. Produced via step-growth polymerization and processed via various technologies (blow molding, extrusion, and injection molding), polyethylene could be of various types, which vary by density, melting temperature, and structure. These polyethylene types may include low-density PE or LDPE (with highly branched structure and manufactured via high-pressure processes), linear low-density PE or LLDPE (with linear structure), high-density PE, or HDPE (with branched structure and manufactured via low-pressure processes), and other types of polyethylene. LDPE and LLDPE find their largest outlet in the production of plastic films, while HDPE is a typical material to produce containers, pipes, automotive components, pallets, toys, etc. PE can also derive from regenerative raw materials to become bio-polyethylene, though it is non-biodegradable. Popular PE brands are as follows: Dowlex (Dow), Eltex (Ineos), Eraclene (Eni/Versalis), Lupolen (LyondellBasell), Marlex (Chevron Phillips), Formolene (Formosa Plastics), and Paxon (ExxonMobil).

The polyethylene market is currently driven by the rising demand for packaging materials and various plastic products, especially those associated with the sector of personal protective equipment, hygiene, and healthcare. The ongoing pandemic has boosted the demand for PE, though this demand is patchy and uneven, both type-, region- and sector-wise, with multiple sectors (e.g. hospitality, tourism, transportation, etc.) and regions (e.g. Europe) being more adversely affected. Moreover, the future scenarios of the pandemic development are unpredictable, while their multiple impacts on the chemical industry and global economy will take years to unfold.

As many large PE markets, like China and North America, have been recovering, the growing demand for PE started to tighten its supply. The shortage of polyethylene has been witnessed by the European market too. In early 2021, Braskem Idesa (Mexico), a JV between Braskem and Grupo Idesa, continued to experience issues with steady PE production because of the litigation over the ethane contract.

Polyethylene: structure of the global production by region

In February 2021, the already reduced supply coincided with the arrival of the extremely severe weather conditions in the southern United States, primarily hitting multiple chemical facilities at the US Gulf coast (Texas was especially hard hit). Among those affected were major PE manufacturers, like Ineos, Chevron Phillips, Dow, ExxonMobil, Formosa Plastics, and LyondellBasell. Some of them had to temporarily shut down, while others operated at reduced capacity. The winter storm has also diverted gas supplies to regional utility plants to produce electricity so the chemical companies had to comply with what was more urgent.

Simultaneously with what may be defined as immediate concerns, the global PE industry has to combat more wicked and long-lasting problems, like the ongoing plastic crisis. To this extent, commercial-scale recycling of PE remains a key objective. For instance, Chevron Phillips Chemical has recently commissioned a chemically recycled PE production facility in the USA (chemical recycling is considered superior to mechanical one). This facility plans to produce over 450k mty of recycled PE by 2030. Chevron Phillips’s suit is followed by such majors as BASF, Sabic, and Total, which also intend to establish large-scale PE recycling. The increase in PE recycling will be coupled with decrease in virgin plastic consumption, which is a healthy development for the market, often characterised by overproduction.

A detailed analysis of the global polyethylene market is available in the in-demand research report “Polyethylene (HDPE, LLDPE and LDPE): 2021 World Market Outlook and Forecast up to 2030”.