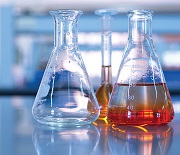 Ethylbenzene is an important chemical intermediate used predominantly for the production of styrene, but also for making fuel blending components and solvents. Ethylbenzene is converted to styrene via dehydrogenation, oxidation, chlorination, and other industrial routes, while ethylbenzene itself is produced by the alkylation of benzene with ethylene with the help of different catalysts systems. Styrene is, in turn, a basic and one of the most versatile hydrocarbon building blocks of the plastics industry with almost universal application (e.g. adhesives, paints and inks, rubber, coatings, computers, home accessories, tires, medical equipment, packaging, to name just a few). Benzene, toluene, ethylbenzene, and xylene also form the group of BTEX aromatic compounds, which are among the most popular intermediates in the chemical industry.

Being firmly embedded in the plastics industry, the ethylbenzene market demonstrates a robust level of resilience against the background of the global pandemic. With the quick reinvigoration of the Chinese and US markets and the vaccination rollout in different countries, the demand for ethylbenzene/styrene derivatives is on the rise, especially the demand for acrylonitrile-butadiene-styrene and polystyrene in Asia. The Asian market remains significantly bullish, providing a knock-on effect on other markets. Asia is a major styrene consumer, thus safeguarding strong fundamentals for the ethylbenzene market. The increase in the demand for styrene is also witnessed in Europe (though not as high as in Asia), thus driving ethylbenzene consumption and augmenting its prices. Later, in 2021, ethylbenzene/styrene dynamics are likely to find some balance, but with ongoing recuperation of markets and consumption levels (subject to vaccination success), the trend will be definitely upward due to strong polymer demand and possible supply constraints, buoyed by rising (yet highly volatile) crude oil prices.

Structure of the global styrene consumption by region

Among long-term trends, environmental concerns remain paramount. A circular economy for plastics is quintessential for the further development of the ethylbenzene market. To this extent, INEOS Styrolution, one of the global leaders in the production of ethylbenzene, styrene, and polystyrene, plans to launch several polystyrene recycling plants in the US and Europe, which become operational in the first half of the decade. These plants will process post-consumer polystyrene feedstock, indirectly assisting in improving an ethylbenzene image as a component of plastic circular chains. Of course, the objective of such plants will be to recycle post-use polystyrene products back into virgin-equivalent styrene monomer, which in principle stipulates lower production of new styrene monomer from ethylbenzene. However, the amount of processing cycles is limited due to gradual deterioration of recirculate quality, and new quantities of ethylbenzene will still be required.

Styrolution’s efforts in this direction are mirrored by other ethylbenzene/styrene-producing companies. For instance, in April 2021, AmSty, a major producer of ethylbenzene, styrene, and polystyrene in the Americas, and Agilyx Corporation announced plans to build an advanced facility to recycle post-use polystyrene products. Such projects targeted at circular plastics economy development will combat environmental concerns associated with ethylbenzene and its derivatives.

More information on the global ethylbenzene market can be found in the in-demand research report “Ethylbenzene (EB): 2021 World Market Outlook and Forecast up to 2030”.