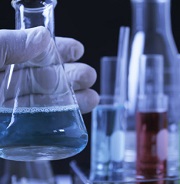 Hydrogen cyanide is an important organic compound and a chemical intermediate indispensable in the production of adiponitrile, sodium cyanide, acetone cyanohydrin, methionine, cyanuric chloride, and chelating agents. These derivatives, in turn, are vital for multiple industries and further downstream applications. Adiponitrile finds its predominant outlet in the production of nylon 6,6 fibers and plastics via the hexamethylenediamine route. The bulk of sodium cyanide, which is manufactured by the direct reaction of hydrogen cyanide with sodium hydroxide solution, is used to extract gold, silver, and other precious metals in mining. Acetone cyanohydrin processing leads to plastics and coatings via methyl methacrylate and polymethylmethacrylate. Hydrogen cyanide itself involves various manufacturing pathways, including as a by-product of acrylonitrile production. It goes without saying that the markets for all these chemical products demonstrate complex non-linear dynamics, affected by supply and demand interactions, the ongoing COVID-19 pandemic and Brexit aftermath, logistics issues, technological and environmental challenges, to name only a few.

As cyanides are associated with acute toxicity, international trade with hydrogen cyanide is non-existent. Apart from that, hydrogen cyanide production and handling are also associated with hazards. Chemical companies, like Invista, Ascend Performance Materials, etc., which deal with hydrogen cyanide, report about the cases when their personnel was exposed to hydrogen cyanide, which resulted in the hospitalization of workers. As such, the chemical is heavily regulated via various safety guidelines and corresponding legislation. Additionally, when precious metal extraction application of hydrogen and sodium cyanide is implied, cyanide production should not be located too remote from metal mining operations.

Hydrogen cyanide: structure of the global production capacity by region

Since hydrogen cyanide is intrinsically incorporated, as intermediate, into diverse commodity chains, the dynamics of its market is tightly coupled with the behavior of the downstream markets, like the market for nylon 6,6 fibers and plastics. So, the trends and challenges that characterise the hydrogen cyanide market closely follow those of its end markets. For example, Invista, which manufactures hydrogen cyanide at its US facilities in Victoria and Orange (both in namesake counties of Texas), demonstrates the excellent capacity to cope with multiple challenges that face polymer and fiber industries by relying on innovation and technological prowess (e.g. the company’s most advanced adiponitrile technology), thus becoming a market leader in these areas.

Other companies, like Chemours (a spin-off division from DuPont to run its cyanide business with a plant in Memphis, Tennessee) and Cyanco, a leading global producer of sodium cyanide for precious metal extraction worldwide (with a plant in Winnemucca, Nevada), are oriented at the precious metal extraction segment of hydrogen cyanide application. Like other companies in the hydrogen cyanide sector, these manufacturers heavily rely on technological innovation (e.g. Cyanco’s partnership with Cycladex to implement its cyanide-free process to rapidly recover gold and silver). In addition, multiple environmental and social challenges cause these companies to focus on corporate social responsibility as a pivotal orientation in their business.

More cutting-edge information on the global hydrogen cyanide market can be found in the in-demand research report “Hydrogen Cyanide (HCN): 2021 World Market Outlook and Forecast up to 2030”.