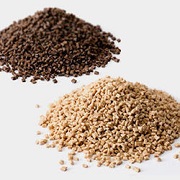 Polyphenylene sulphide: structure of the global consumption by application segment

Some regional markets (e.g. the USA, China, and Europe) are currently coming back to normality, and this happens against the background of the ongoing Covid-19 pandemic and the vaccination rollout, while some markets remain heavily subdued (e.g. India, South America, and Russia). The recovery of key regional markets is able to boost polyphenylene sulphide consumption and to improve the corporate performance of its manufacturers. For instance, in the first quarter of 2021, Solvay’s sales of specialty polymers grew by 10% as compared to the same period a year earlier, thanks to the robust growth in the automotive sector (incl. electrical vehicles), which plays the main role in polyphenylene sulphide consumption. Apart from that, the demand for plastics is stimulated by the rise in the production of medical and pharmaceutical items. Solvay manufactures a wide range of polyphenylene sulphide grades under the Ryton brand. When applied in precision-moulded components, these products offer exceptional thermal stability. Solvay often blends its polyphenylene sulphide with polyamide-imide base resins of the Torlon brand.

In Q1 2021, the Engineered Materials segment of Celanese corporation demonstrated an analogous growth rate (polyphenylene sulphide production pertains to this segment). Engineered Materials reported a 13% rise from Q1 2020 due to sequential increases in pricing and volume. Celanese is a global leader in the production of high-performance engineering resins; its Fortron is a highly versatile brand of polyphenylene sulphide products. Celanese is confident in good prospects of engineered materials business especially in such sectors as electric vehicles, medical and pharma, 5G, and sustainability. This is evident despite the fact that in H2 2020 Celanese sold its 45% JV stake in Polyplastics to Daicel (Polyplastics has always been a noted manufacturer of polyphenylene sulphide). Currently, Daicel owns the whole Polyplastics with its Durafide polyphenylene sulphide brand. The sale was caused by the lack of control by Celanese over its part in the JV, which resulted in internal competition with its own subsidiary and impaired performance as compared to the company’s other holdings in its Engineered Materials segment.

More information on the global polyphenylene sulphide market can be found in the in-demand research report “Polyphenylene Sulphide (PPS) 2020 Global Market Review and Forecast to 2029”.