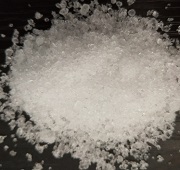 Polyvinyl alcohol (PVOH or PVA) is a structurally isomeric, acetylene-based polymer used in a large variety of applications. Its functional palette could be really wide and limitless, including polyvinyl alcohol blends with other polymers, and comprise such areas as adhesives, filming and packaging, paper, textiles, ceramics, agriculture, oil industry, construction, and many other industrial applications. Like all polymers, its market is fully open to innovation, for instance, in such a developing area as “intelligent” pH-sensitive packaging where polyvinyl alcohol is combined with corn starch and some other natural components to form eco-friendly biodegradable films.

In general, the polyvinyl alcohol industry puts its best efforts to promote sustainability. For instance, Sekisui Chemical, a major manufacturer of polyvinyl alcohol, was named as one of the 2021 Global 100 Most Sustainable Corporations in the world, according to the Global 100 index of corporate sustainability performance (the index was created and is maintained by Canadian company Corporate Knights).

Structure of the global polyvinyl alcohol production capacity by region 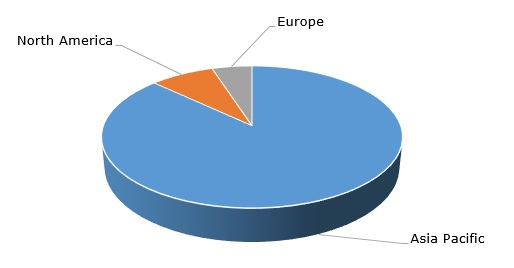 It is pertinent to mention, that not all Asian manufacturers keep their polyvinyl alcohol production facilities in the region. For instance, Kuraray Group operates large polyvinyl alcohol production units in Germany and the USA, while Sekisui Chemical Group (via its subsidiary Sekisui Specialty Chemicals) manufactures all its polyvinyl alcohol abroad – in Spain and the USA. Such multinational character of operation is advantageous, especially in the current turbulent market environment, which is heavily affected by the COVID-19 pandemic and which demonstrates variable rates of recovery.

As with many chemicals right now, the upsurge of the demand for polyvinyl alcohol, its feedstock, and end-products is evident on practically all markets, which also results in price spikes. For instance, effective the start of November 2020, Sekisui Specialty Chemicals raised the prices for its polyvinyl alcohol and associated copolymers by USD 150 per tonne globally. Likewise, from mid-May 2021, Kuraray Group increased its polyvinyl alcohol price by USD 500 per tonne (for Asia-Pacific, Americas, and MEA), by EUR 420 for Europe, and by 50 yen per kg for Japan. Other polyvinyl alcohol manufacturers have been following suit in the current bullish market conditions.

More information on the global polyvinyl alcohol market can be found in the comprehensive research report “Polyvinyl Alcohol (PVOH): 2021 World Market Outlook and Forecast up to 2030”.