Butyl Acetate Market Is in Search of New Balance 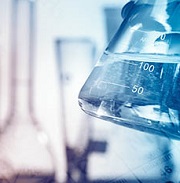 Butyl acetate (BAC) is an acetic acid n-butyl ester and an important chemical intermediate, associated with upstream markets such as oxo-alcohols. Butyl acetate finds an outlet in a variety of applications, including the automotive, food, cosmetic, and pharmaceutical industries, as well as the production of furniture, coating resins, etc. In these applications, butyl acetate can fulfill different roles such as an industrial solvent, flavouring agent and food additive, stain remover, paper additive, octane booster, and biofuel additive, odour enhancer, and others.

The current butyl acetate market is characterised by a significant level of dynamism enhanced by the COVID-affected business environment. The situation on the global and various regional butyl acetate markets in H1 2021 was dominated by growing demand and very tight supply, which eased off in the summer months of 2021 when the markets started to seek a new balance. This slackening of demand occurred despite the influence of seasonal factors, which traditionally fuel the interest in butyl acetate in various applications during a summer period. From the upstream perspective, n-butanol costs are usually instrumental in influencing the butyl acetate market since n-butanol is a key feedstock used to produce butyl acetate. For instance, OQ Chemicals, formerly Oxea, which is a major manufacturer of butyl acetate in Europe, will increase prices for n-butanol in North America (by 15 US cents per lb) and South America (by USD 330 per tonne) from early September 2021. In July 2021, OQ Chemicals increased the butyl acetate price by 5 US cents per lb for North America.

Such price increases from various butanol manufacturers softened the demand for butyl acetate as key downstream players experienced reduced margins, became apprehensive, and stocked only those levels of inventories that were sufficient for their most pending operations. The demand was affected by the gradual improvement in supply as key butyl acetate manufacturers were raising their supplies, especially after force majeure conditions were successfully eliminated. For instance, OQ Chemicals completely restored the operation of its plant at Bay City, Texas after the February 2021 events caused by a severe winter storm (the plant manufactures oxo intermediates as well). The end of planned turnarounds added new production capacities to the market.

It is pertinent to mention that such behaviour of the butyl acetate market was evident globally. The Asian, European, and US butyl acetate markets witnessed a sharp decline in supplies, high prices, and demand rise during H1 2021. Then, a new balance started to originate when supply was restored and the demand growth slowed down. It also became evident that even modest exclusion of production capacities from the market, like the one that occurred in 2016 when Celanese ceased its butyl acetate production at the Frankfurt plant, can tangibly influence a specific regional market.

More information on the global butyl acetate market can be found in the in-demand research report “Butyl Acetate (BAC): 2021 World Market Outlook and Forecast up to 2030”.