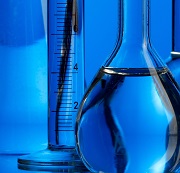 Acetic acid is a large-tonnage industrial chemical involved in complex commodity networks of different feedstock materials, intermediates, and end-products. Among the most common intermediates of these networks, one can mention the following: vinyl acetate monomer (VAM), acetic anhydride, acetate esters (like ethyl acetate or etac) and salts, purified terephthalic acid or PTA (used to make polyethylene terephthalate or PET), to name only a few. As such, the acetic acid market dynamics are driven by an intricate feedback interplay of various factors, primarily supply-demand fluctuations, including both upstream and downstream products.

Despite strong fundamentals of acetic acid as a versatile commodity indispensable in such sectors as solvents, paints, coatings, adhesives, packaging, synthetic fibres, fabrics, food preservatives, pharmaceuticals, and so on, its market experiences significant pressures in the current Covid-affected and therefore uncertain business environment. The ongoing rise in the demand for multiple chemicals across various regional markets, often paralleled by tight supply, characterises the situation on the acetic market too. To illustrate the point, some production issues (e.g. at LyondellBasell’s chemical complex in La Porte, Texas in July 2021) and unfavourable weather conditions (e.g. hurricane seasons) adversely influenced the US acetic acid market production, while bullish behaviour of packaging, construction, food and pharmaceuticals sectors invigorated demand for acetic acid. The US is the world’s second-largest producer of acetic acid.

A similar situation was evident in the Chinese acetic market. This market experienced a sharp increase in acetic acid prices together with the product supply constraints (due to various facility shutdowns) and the rise in export volumes (primarily to other Asian regions and Europe), though the export can be often compromised due to robust domestic demand. The latter trend is also characteristic of Taiwan with its powerful acetic acid production represented by such companies as Dairen Chemical Corp and Oriental Petrochemical Taiwan Co. As Taiwan is able to manufacture about a million mty of acetic acid, it is also a large consumer of this chemical. Since new additions of acetic acid production capacity are expected in China, this may create a more balanced scenario of the market development in H2 2021 and early 2022, though elements of large uncertainty still exist with respect to the Covid pandemic.

More information on the global acetic acid market can be found in the in-demand research report “Acetic Acid (AcOH): 2021 World Market Outlook and Forecast up to 2030”.