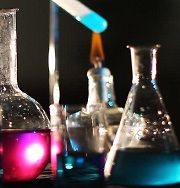 Ethylene dichloride (EDC) or 1,2-dichloroethane is an important intermediate within complex chlor-vinyls production and commodity chains or networks. One of the most widespread networks of such kind includes the following items: ethylene, chlorine/caustic soda, ethylene dichloride, vinyl chloride monomer (VCM), polyvinyl chloride (PVC), and a wide range of downstream products. Chlorine/caustic soda production is tightly coupled with EDC/VCM/PVC production. Very often, an excessive amount of chlorine is consumed in the form of EDC, so in the absence of appropriate EDC demand, this may exert downward pressure on EDC prices. Reversely, chlorine shortage can cause producers to reduce EDC output, thus firming the EDC market. EDC global output exceeds 47 mln mty.

The PVC sector, with its strong footprint in the construction industry, acts as the main outlet for ethylene dichloride (in more precise terms, EDC is directly used to manufacture vinyl chloride monomer, a PVC precursor). To this extent, a rise in the construction and housing demand can positively affect demand for EDC (EDC is also used in oil/gas exploration, medical applications, automotive, packaging, and other sectors). For instance, the boom of the US construction market within nine months of 2021 led to the increase in demand for ethylene dichloride on the US market. This country manufactures about 10 mln mty of EDC, while North America ranks the world’s largest EDC consumer.

Structure of the global demand for ethylene dichloride by region

Despite the fact that the US consumes the bulk of its EDC locally, some amounts are exported. For instance, large amounts of EDC manufactured in the US went to Brazil following the closure of Braskem’s EDC-producing plant at Maceió (State of Alagoas, Brazil) in May 2019. Braskem resumed EDC production at its Maceió plant in February 2021. EDC exports from the US to China are hardly possible after the latter imposed a 25% tariff on EDC exported from the US amid the US-China trade dispute.

This robust demand for construction materials and residential construction rise in the US resulted in the increase in sales prices for PVC resin. This boosted the revenues of such companies as Westlake Chemical Corporation. The latter is the world’s second-largest producer of PVC and chlor-alkali, including EDC (the company manufactures EDC at its facility in Lake Charles, Louisiana). It is also a truly vertically integrated company across the whole chlor-vinyls chain, including end-products, following a series of its most recent acquisitions, like Boral’s North American building products businesses or LASCO Fittings, a leading manufacturer of injected-moulded PVC fittings.

The EDC demand rise came against the background of very constrained supply, which happened in the US at the start of 2021 due to multiple outages of the EDC-producing facilities. A similar trend was evident in Europe, where robust demand was coupled with tight supply. However, the Asian EDC market behaved in a more restrained manner starting from early 2021. This was due to the smaller demand for EDC on the Asian regional PVC markets, which primarily refers to India. This country was significantly impacted by COVID-19 with all pandemic-related uncertainties still exist. The situation may gradually improve in Q4 2021 as the vaccination campaigns worldwide pick up.

More information on the global ethylene dichloride (EDC) market can be found in the in-demand research report “Ethylene Dichloride (EDC): 2021 World Market Outlook and Forecast up to 2030”.