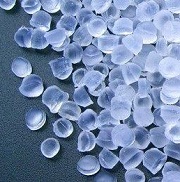 Vinyl chloride monomer (VCM) is an extremely important building block of the whole chemical industry, leading to the production of polyvinyl chloride (PVC), which consumes the bulk of manufactured VCM. In turn, PVC is a bridge between polymer and chlorine industries, as well as one of the most versatile chemical products, considered a workhorse for mechanical industry, construction, electrical engineering, and packaging, apart from a myriad of other applications. As such, VCM performs the essential role of an indispensable intermediate, which is mostly used in-house with modest volumes entering the merchant operations. For instance, Vynova produces VCM at the production site in Tessenderlo (Belgium) and then transports the chemical to its plant in Beek (the Netherlands) by pipeline. In contrast, OxyVinyls, which is OxyChem’s affiliate and the largest VCM producer in the US, offers VCM as a trade commodity sold in large commercial quantities for PVC manufacturing. However, irrespectively of how VCM is consumed, the dynamics of the VCM market closely follow that of the PVC market and its consuming sectors.

The global VCM market capacity now exceeds 52 mln mty and is anticipated to increase due to different planned projects, predominantly in Asia and North America. Asia, which operates the world’s largest VCM capacities, plans to add more than 3.5 mln mty of new VCM capacity by 2025, while North America will add less than a half of this amount (Europe plans very small additions of this kind over the next five years).

For instance, US-based Shintech, a wholly-owned subsidiary of Shin-Etsu Chemical Co., realizes an expansion project across the entire PVC production chain at its chemical complex in Plaquemine, Louisiana. As a result, the PVC capacity of the complex will be expanded to over 1 mln mty, while a new VCM unit with up to 1 mln mty of capacity will be launched. This facility startup is scheduled for Q4 2021.

Currently, the Asian VCM market is behaving rather cautiously against the background of the ongoing COVID-19 pandemic with varying degrees of the Coronavirus impact in different Asian countries. Despite a strong economic recovery of the Chinese market since early 2021, the state of the VCM market in China in Q3 2021 was somewhat subdued, which was caused by multiple factors, including those unrelated to the pandemic. Though the COVID situation in India is still serious, this country demonstrates a quick pace of rebound, which positively affects the domestic VCM market. Both North America and Europe feature steady demand for VCM and its limited supply. The supply deficit was instigated for various reasons, mostly related to manufacturing issues at VCM-producing facilities in these regions. For instance, some US VCM-manufacturing facilities were affected by Hurricane Ida, which battered the coasts of Louisiana, Mississippi, and Alabama in late August 2021. In general, in the nearest future, the prospects of the global vinyl chloride monomer market look positive, buoyed by its nature of the essential chemical and expected rise in various PVC-consuming sectors.

More information on the global vinyl chloride monomer market can be found in the in-demand research report “Vinyl Chloride (VCM): 2021 World Market Outlook and Forecast up to 2030”.