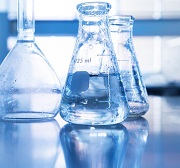 Ortho-xylene (o-xylene) is one of the three xylene isomers, together with meta-xylene and para-xylene (when all three are mixed with ethylbenzene and other hydrocarbons, they form mixed xylenes). Being aromatic hydrocarbons with natural occurrence in petroleum and coal tar, xylenes are manufactured primarily with a help of catalytic reforming of petroleum. O-xylene is an essential intermediate product due to its use in the production of phthalic anhydride, which finds application in multiple industries, including as a plasticizer for various end-products. Other o-xylene uses include the manufacture of bactericides, herbicides, polyethylene naphthalate, lubricant oil additives, and solvents.

Currently, the global o-xylene market is recovering from the shock of 2020 when the COVID-19 pandemic was in full swing. For instance, in 2020, o-xylene output by Japan dropped by about 20% to 95k mty as compared to a year earlier. In early Q4 2021, the Asian o-xylene market, which is the world’s largest o-xylene consumer, experienced a steady demand for o-xylene and its main outlet products, phthalic anhydride and plasticizers. The supply was rather tight amid a series of planned turnarounds and rising costs of crude oil, though the latter balanced demand as well. Big regional and international players, like India’s Reliance Industries Ltd. (RIL), demonstrated a strong recovery of their operations in Q3 2021 and at the start of Q4 2021. The company also recorded an upsurge in the prices for xylenes and their end-products on the Indian market. RIL operates a 450k mty o-xylene production capacity at its integrated refinery complex at Jamnagar, Gujarat. Xylene domestic prices in China (incl. those quoted by Sinopec, which is among the top o-xylene producers in the world) eased off in late October and early November 2021, preceded by a period of steady growth.

Structure of the global ortho-xylene consumption by region

At the same time, the o-xylene market in Europe showed a very similar picture with robust demand across all consuming sectors and limited, but gradually recovering supply. The supply tightness was driven by multiple turnarounds. The biggest driver of the European o-xylene market was a spike in crude oil prices. Against the background of oil price upsurge, key players on this market demonstrated optimism. For example, ExxonMobil’s Rotterdam Aromatics Plant in Rotterdam-Botlek showed a consistent performance after a planned 6-week maintenance works initiated in Q1 2021.

In the US, Hurricane Ida interrupted the work of multiple petrochemical companies located on the Gulf Coast. This primarily affected the production of phthalic anhydride, thus influencing the ortho-xylene market, and some xylene producers, like PBF Energy (the company operates a refinery and chemical plant in Chalmette, Louisiana). However, the companies in the region acted proactively by shutting down the production in advance of the hurricane so the direct damage to their facilities was minimal.

More information on the global o-xylene market can be found in the in-demand research report “O-xylene (OX): 2021 World Market Outlook and Forecast up to 2030”.