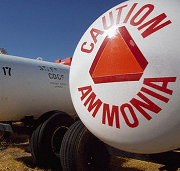 Ammonia is an indispensable and multifunctional chemical commodity and intermediate with a key role in the agribusiness sector and especially in the production of liquid nitric fertilizers such as ammonium nitrate, urea, DAP/MAP, or aqua ammonia. The current shortage of fertilizers, triggered by the Covid-19-affected macroeconomic environment, stimulates the demand for nitric and other fertilizers worldwide. Other ammonia applications (e.g. metallurgy, nitric acid production, petrochemical industry, refrigeration, cleaning agents, pharmaceuticals, transportation, electricity generation, etc.) are also equally important.

The current increase in the demand for ammonia occurs despite the fact that the ammonia market has been characterised by oversupply. It is expected that the ammonia production capacity will expand from the current 200 mln mty to about 220 mln mty in 2022. In 2019, the actual ammonia output was about 176 mln tonnes. Main recent additions of ammonia capacity occurred in the following countries: Iran, India, Nigeria, the US, Russia, Indonesia, Egypt, and China. Other key features of the global ammonia market include reduced margins, price volatility, increased competition, regional variability, the predominance of ammonia domestic consumption over import-export activities, vulnerability to the influence of external factors, and, last but not least, serious environmental concerns. The latter is mainly caused by the excessive use of chemical fertilizers, leading to reactive nitrogen pollution and man-caused alteration of the N cycle. This has a detrimental impact on all ecosystems, biodiversity, and human health, which requires significant interventions in all provisioning systems, thus changing existing consumption patterns, agricultural practices, chemical industry approaches, regulation, and other elements of these systems. 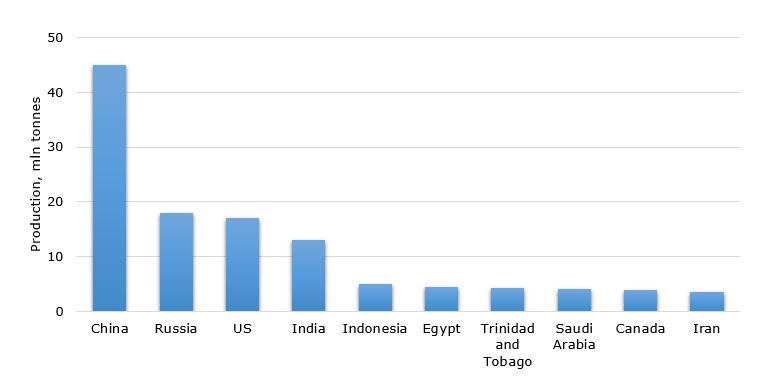 In addition, energy-intensive ammonia production can generate significant amounts of CO2 emissions, so ammonia production is a highly carbon-intensive process. To this extent, zero-emissions hydrogen-based “green” ammonia plant projects, like the one developed by Incitec Pivot Limited and Fortescue Future Industries in Australia, are of crucial importance. “Green” ammonia is produced by mixing hydrogen, derived from water by electrolysis, and nitrogen, obtained by air separation. There is also “blue” ammonia derived from carbon capture and storage. An example of the latter technology will be utilised by BASF and Air Liquide in their joint project, which will be realised in Antwerp in 2025. The project will capture CO2 from BASF’s five production units, including an ammonia plant. By 2024, a project targeted at the production of 1.25 mln mty of “blue” ammonia will be also realised by CF Industries at two of its US plants – Donaldsonville and Yazoo City. The project will help to sequester 2.5 mln mty of CO2. CF Industries is the world’s largest manufacturer of ammonia (in 2020, its gross ammonia production reached 10.4 mln mty – a company record).

The current spike in gas prices has a tremendous effect on the costs of ammonia and nitric fertilizers. Multiple manufacturers of nitric fertilizers (especially operating in Europe), like CF Industries, Yara, Fertiberia, and Ostchem, reported about the temporary halt in ammonia production or the reduction of capacity utilization rates. This opens good opportunities for the Russian producers of ammonia and nitric fertilizes, like Acron Group, EuroChem, Azot Kemerovo JSC, and Uralchem. In 2020, Russia exported 13.7 mln mty of nitric fertilizers to the amount of $2.48 bn. Against this macroeconomic background, EuroChem’s construction of 1.1 mln mty ammonia and 1.4 mln mty urea plant in Kingisepp (Leningrad region, Russia) looks promising, though the plant is planned to come onstream only in 2023. All the above facts confirm that despite multiple challenges, like ecological concerns and oversupply, the ammonia market can offer various opportunities, especially when it caters to cleaner production and food security.

More cutting-edge information on the global ammonia market can be found in the in-demand research report “Ammonia: 2021 World Market Outlook and Forecast up to 2030”.