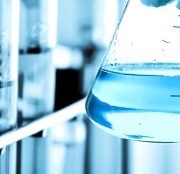 Perchloroethylene (abbreviated as PERC or PCE; synonyms: tetrachloroethylene or tetrachloroethene) belongs to a diverse and wide group of chlorinated hydrocarbons (CHCs), which occupy a vital role in the modern chemical and other industries. Perchloroethylene is manufactured with the help of oxychlorination of ethylene via the ethylene dichloride process or chlorination of certain hydrocarbons, like ethane, methane, propane, and propylene. Due to its useful properties, including excellent solvency, non-flammability, non-combustibility, and ease of recycling, perchloroethylene can feature multiple uses. These uses refer to the following areas and commodity groups: dry cleaning, manufacturing of chlorinated chemicals, insulating and cooling (in electrical transformers), paper coating, leather/textiles, refrigerants, sealants, and other applications and products, primarily related to cleaning, degreasing, surface preparation, and ink removal. PERC is the most frequently used dry cleaning solvent in the US and the EU countries (North America and the EU account for the second and third world’s largest PERC production respectively).

Perchloroethylene: structure of the global production by region, 2021

Despite the versatility of perchloroethylene application, it should be borne in mind that it could be toxic and carcinogenic to humans and could act as a severe pollutant to the environment. For example, cases of perchloroethylene toxicity were confirmed for dry cleaning workers who were exposed to this chemical during their occupational routines when PERC was released. This toxicity is a threat to the perchloroethylene market, especially in light of the fact that safer alternatives to perchloroethylene are available, though the effectiveness of PERC in dry cleaning has been well proven. This effectiveness primarily implies faster degreasing, leading to shorter cycle time and better machine productivity. However, the matter of PERC substitution is a complex issue. For instance, when some years ago, chlorofluorocarbons (CFCs) were used to substitute PERC in degreasing applications, it turned out that one type of harmful substance has been swapped for another as CFCs were discovered to negatively impact the ozone layer. With respect to PERC substitution, multiple countries and cities have been imposing different restrictions on PERC use in dry cleaning starting from the early 2010s. Just recently, the US Environmental Protection Agency (EPA) has mandated that residential buildings should not house perchloroethylene-applying dry cleaning machines. Similar legislation is adopted in France, where PERC dry cleaning machines were phased-out in residential buildings by 2022. The restrictive regulation related to PERC use in dry cleaning has started to penetrate the non-residential urban sector too.

More information on the global perchloroethylene market can be found in the in-demand research report “Perchloroethylene (PERC): 2022 World Market Outlook and Forecast up to 2031”.