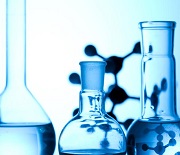 Ethylene: structure of the global consumption by application area

Polyethylene is its major outlet with over 60% of ethylene consumption. By the way, low-density polyethylene and linear low-density polyethylene are used mainly in the film packaging sector, which is performing pretty well during the pandemic. Other key ethylene-consuming sectors include ethylene oxide (further converted to ethylene glycols and then to polyethylene terephthalate), ethylene dichloride (further cracked to vinyl chloride monomer) and ethylbenzene (derived from the reaction of ethylene with benzene to be converted to styrene). All these products act as feedstock for enormous range of commodities used in a myriad of applications, the bulk of which is currently severely affected by the economic slowdown (e.g. PVC products used in construction).

The ethylene market has also experienced a sharp reduction in naphtha and ethane prices, which started before the Covid-19 pandemic when the Russia-OPEC deal failed to materialise despite some output cuts. Oil price crash resulted in the decrease in ethylene prices, though recent (and regular) ethane price hikes and its shortage often put upward pressure on ethylene prices.

It is pertinent to mention the existing overcapacity in ethylene production, which in the current difficult macroeconomic environment could hardly be a benefit for the ethylene market. For instance, Braskem Idesa realised “Ethylene XXI” project, which has reached a milestone in polyethylene production after it generated 3 mty of polyethylene as of early 2020.

Dow, the world’s largest ethylene producer, has been also realizing plans to boost ethylene production capacity. The company initiated a project to expand ethylene capacity at its 1.4 mln mty plant in Fort Saskatchewan (Canada) by 130,000 mty. The project will be finalized in the first half of 2021. Another major expansion (500,000 mty) relates to Dow’s 1.5 mln mty manufacturing complex in Freeport, Texas (US), which will make it the world’s largest ethylene facility. Likewise, ExxonMobil started the construction of a 1.6 mty ethylene cracker in Huizhou, southern China’s Guangdong Province. The first phase of the project is scheduled to be completed by 2023 when the second phase will begin. Such projects have been proliferating during previous years, and ethylene capacity expansion is a continuous process.

More information on the global ethylene market can be found in the in-demand research report “Ethylene (ET): 2020 World Market Outlook and Forecast up to 2029”.